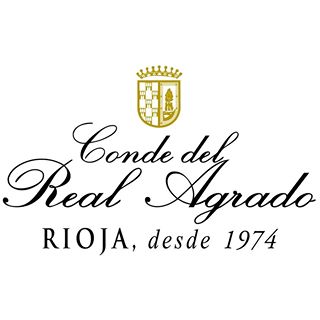 The wineries began with the vineyard. We began by buying land in the Aldeanueva area and replacing the cereals that were planted in the fields with vines. The winery is called Viñedos de Alfaro (Vineyards of Alfaro), because most of the vineyards are in the Alfaro municipal area (60 hectares of a total of 95 owned by the winery).

The Aldeanueva – Alfaro area, home to the wineries, is in the heart of the Rioja Baja territory, in the River Ebro valley. This is the southernmost part of the Rioja region and our vineyards are situated at altitudes of between 300 and 650m above sea-level.

It has a very specific climate, in which the influence of the Mediterranean is dominant although there are also periods with a slight Atlantic influence interspersed with others in which continental climate conditions hold sway. This combination produces an extreme climate that dictates and defines what crops can be grown there. It only suits certain types of grape and therefore of wine. It has mild temperatures, except in the period from December to March, in which low temperatures coupled with strong winds result in cold winters. Summers are hot and the annual rainfall is around 400 l/m2. This makes water a scarce commodity and directly affects the way the vine is cultivated.

The vines grow in alluvial and clay-iron soils, although there are also some clay-limestone soils. They are poor in organic matter and slightly alkaline, and are typically made up of pebbles, silt and clays.

The vineyards have a density of 3,200 plants per hectare, within the particular plantation system in each field, which affects the distance from one vine to the next across the length and breadth of the field; in this way, they are planted in perfect lines with space in-between in which the farmer can comfortably perform the different jobs required in vine-growing.

The vines are trained in different ways, some for cane-pruning and others for spur-pruning. This causes the branches and leaves to grow in a particular way. In the first more traditional method the plant is more closed in on itself, so protecting the grapes. The second method is more dynamic and the leaves are distributed more openly, so allowing the air to circulate more easily and ensuring maximum benefit from the hours of sunlight.

Our total production of red and white wine grapes is around 700,000 kg a year.

Since 1974, Viñedos de Alfaro has always cultivated its vines with the same “special care”.
A special care that we give to our controlled, limited production of no more than 700,000 kilos. A special care with the vines, the wines and all the winemaking and ageing processes. One by one we select the right time for the right job so as to ensure that our wines are rounded and pleasant.

Our wines are made in our winery and we only use grapes from our own vineyards. They are estate wines. We take great care of the vines in our fields throughout their growth cycle, tending them by hand. We begin by pruning the vine to give it the right shape and help it produce new wood, and later we perform the escarda or summer pruning to remove unwanted new buds. Other jobs include bunch-pruning and deleafing. The aim is to ensure a good balance during the different stages of the process. We have known our wines for over 25 years and we listen to their demands.

We make our wines using the techniques and the time that each one requires, and each variety is treated separately. Our work is clean, meticulous and tidy so as to ensure that we obtain the best qualities in the grapes used in our wines.